Peridot is the vibrant yellow-green gemstone variety of the mineral olivine. It is usually found in volcanic rock deposits that are rich in iron and magnesium. The iron in peridot’s chemical composition causes its unique yellow-green coloring. This gemstone’s color range is very limited and includes brown-green hues to more yellowish-green and saturated solid green. The yellowish variety of this gemstone is the one most often used in fine jewelry, but any shade of this vibrant gemstone would make an amazing custom creation!

Peridot is deposited worldwide and does occur in the United States, it can be found in Arkansas, Arizona, Hawaii, Nevada and New Mexico. Throughout history this gemstone has been confused often for other green gems, several notable times for emeralds. It is even speculated and Cleopatra’s famous emerald collect was actually green peridot.

Peridot is believed to be a gemstone talisman for protection. Superstition aside, this sentiment tied to peridot would make it a meaning center stone in any one of custom creations!

Peridot holds an average gemstone hardness of 7 on the Mohs Scale. It is not as durable as diamond or sapphire, so if you choose to set a peridot into one of our custom ring settings, it would need to be worn with care and might not be suitable for everyday jewelry. However, this glowing yellowish-green radiant cut gemstone shown here could make a stunning right hand ring. The featured magnificent green peridot option is currently available on our online gemstone list, and is just waiting to be made into a custom created work of art!

Let us at Knox Jewelers help you design a custom created piece of jewelry holding the lovely green radiant cut peridot featured here or any other available option on our gemstone list. Contact us today to get started! 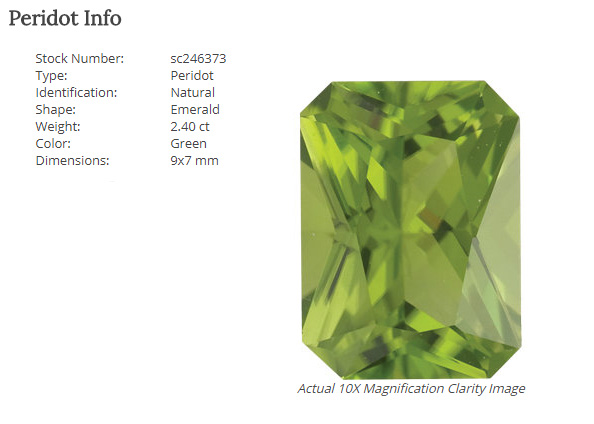 Throughout the centuries ruby has always been highly regarded and as colored gemstones go, ruby is one of the most historically significant. In ancient Sanskrit ruby was named ratnaraj, or “king of precious stones”. The gemstone received its modern name from the Latin word ruber, which means red, and ruby will forever be the standard that all other red gemstones are compared against. Ruby has acquired its fair share of legends through the years, most involving beauty, wisdom, love or protection. The gem retained its regard as the western world grew, and it soon became one of the most sought after precious stones of European upper class and royalty. In modern times, the desire for ruby has only grown as it has become a symbol of love and passion. With these notions in mind, ruby would make a stunning and meaningful center stone in any of our custom created engagement rings.

Ruby is the vibrant red variety of the mineral corundum. This mineral family also includes the gemstone sapphire, in all of its colors. In its purest form, corundum is colorless, but trace elements present in the crystal structure causes its wide variety of hues. Chromium is the trace element responsible of ruby’s red coloring. Ruby, and all other corundum, holds an average gemstone hardness of 9 on the Mohs Scale. It is not as durable as diamond, but ruby would fair very well in most custom engagement ring settings or any other custom creation you desire. The unique octagonal cut ruby shown here would make a stunning colored gemstone engagement ring or right hand ring. This deep red ruby option is currently featured on our online gemstone list, and is just waiting to be made into a custom created work of art!

Let us at Knox Jewelers help you design a custom created piece of jewelry holding the scarlet octagonal ruby featured here or any other available option on our gemstone list. Contact us today to get started! 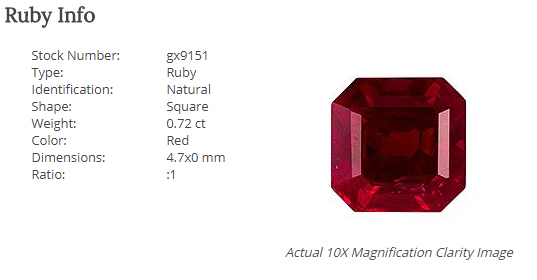 Aquamarine is the green-blue gemstone variety of the mineral beryl. This pastel toned crystal has been regarded and sought after throughout history. The beryl mineral family holds several other notable gemstones including the mysterious green emerald and delicate blush hued morganite. Small traces of iron in the crystal structure of beryl causes aquamarine’s tranquil bluish-green color. Beryl often forms in large crystals, allowing for the possibility of large faceted gemstones.

The Latin word for seawater is where aquamarine received its name. It is not hard to image why when you consider the gemstone’s greenish-blue color and exceptional clarity. Aquamarine is often associated as the birthstone of March. Here at Knox Jewelers we have created several beautiful custom jewelry pieces featuring extraordinary hand selected aquamarines.

Aquamarine, and all other beryl gemstones, are not as durable as sapphire or diamond, so if you choose to set an aquamarine into one of our custom ring settings, it would need to be worn with care and might not be suitable for everyday jewelry. However, these seawater-like gemstone pair shown here could make a stunning pair of stud earrings. This round aqua gemstone pair is currently featured on our online gemstone list, and they are just waiting to be made into a custom created masterpiece!

For the past two centuries, the Brazilian state of Minas Gerais has been a major source of aquamarine and several other beryl varieties. Aquas are often discovered in the eastern regions of the state. Another important supplier of aquamarine is the elevated mines in Pakistan. Reaching these crystal deposits requires a steep climb to cliffs reaching 13,000 or more feet. These harsh mining conditions are worth the reward, aquas from these deposits are often described clear as water.

Let us at Knox Jewelers help you design a custom created piece of jewelry holding the beautiful aquamarine pair featured here or any other available option on our gemstone list! 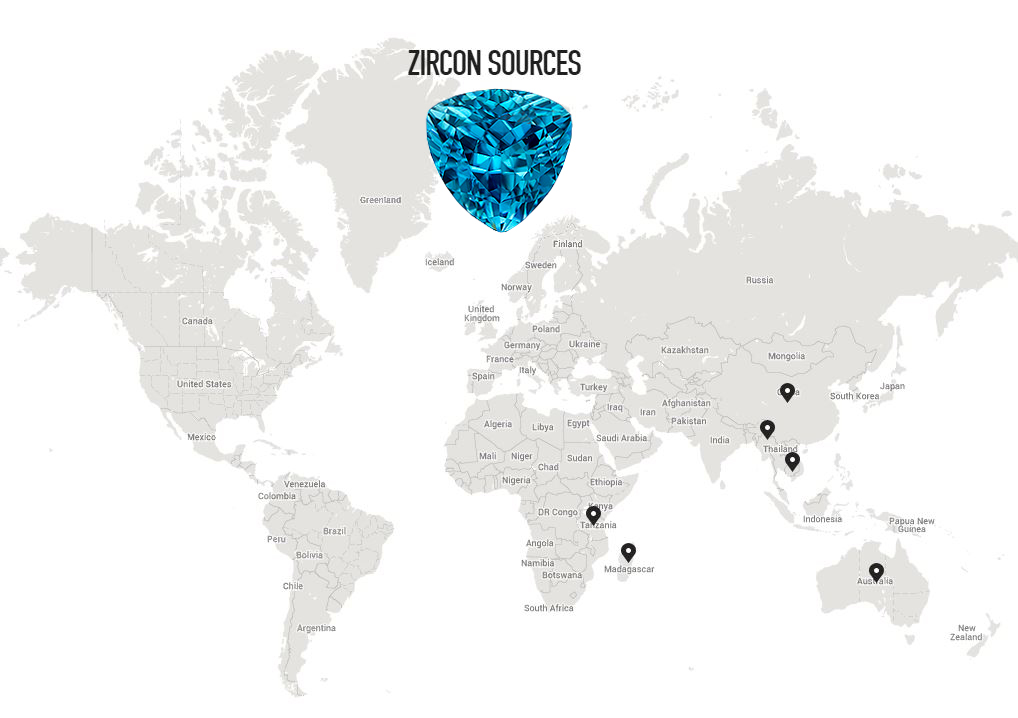 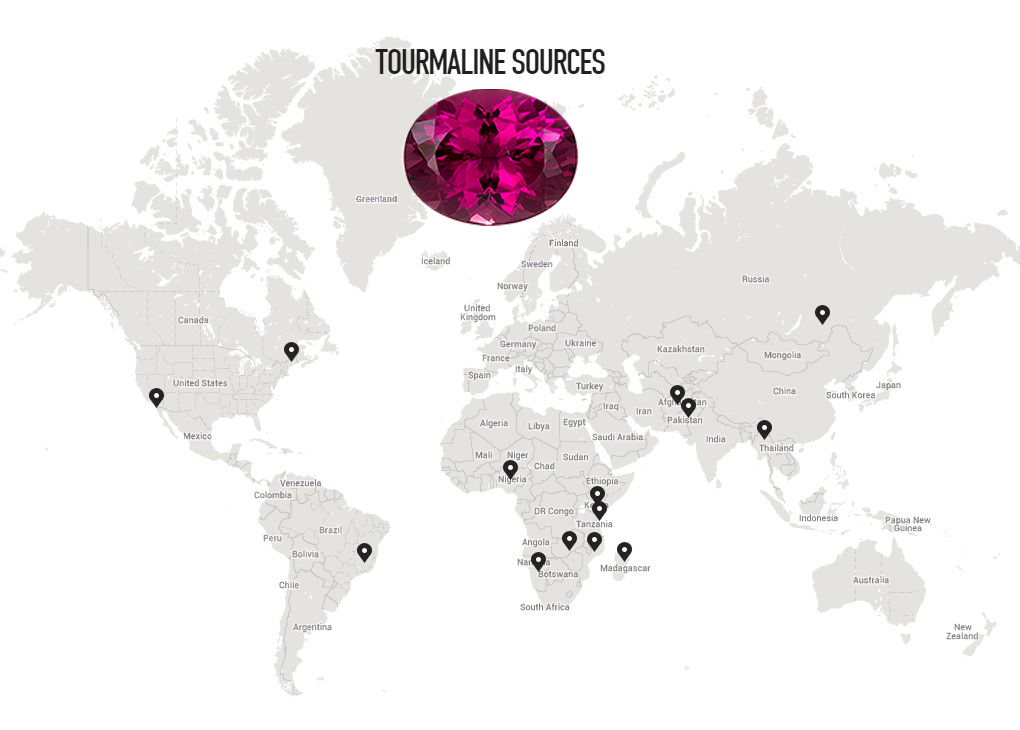